An honourable mention to must go to Axiom Brewery for ‘New Dawn’, which was utterly fantastic for a first brew.

A very honourable side note mention for Emmelise's BA Aceto Balsamico; the most frighteningly alpha sour beer to have passed my lips this year, enough to put hairs on my already considerately hairy chest!

Hearts and minds may well have been won over by the Buxton/Omnipollo Yellow Belly; however for my money Pognophobia was the best of an excellent field of collaborative efforts this year.  Simply a classy take on a much underrepresented style of beer currently available from the collective UK brewing scene.  From first sip to the end this reveals layer after layer of taste each one welcome and the dry hopping is not in any obtrusive.  This is a contender for cellaring for a few years to see how exactly it evolves over time!

With this opening salvo Mark Tranter neatly laid out the blueprint of what was and is to come from Burning Sky; a saison that is so accurate in its execution that it makes you think that maybe Belgium as a whole has been annexed and moved wholesale to Sussex.  To then take that and evolve it even further ageing it in ex-chardonnay barrels adds a whole other level of complexity again.  I’ve seen this done a few times since but never have they been quite as good!

As a beer Yellow Belly was all at once glorious, perverse and so wrong it was right; the packaging however was on another level completly and got a very healthy debate started on the message it was trying to communicate.  I’ve been a fan of the Omnipollo artwork for a while now (I’ve been coveting their T-Shirts from a distance for a few years) so to be able to get my hands something bourn of the collaborative minds of these two excellent breweries made my year.

Under the direction of Kees Bubberman this brewery has delighted and surprised for the last few years; I predict more of the same from both Emmelise and Kees’ own new project next year. 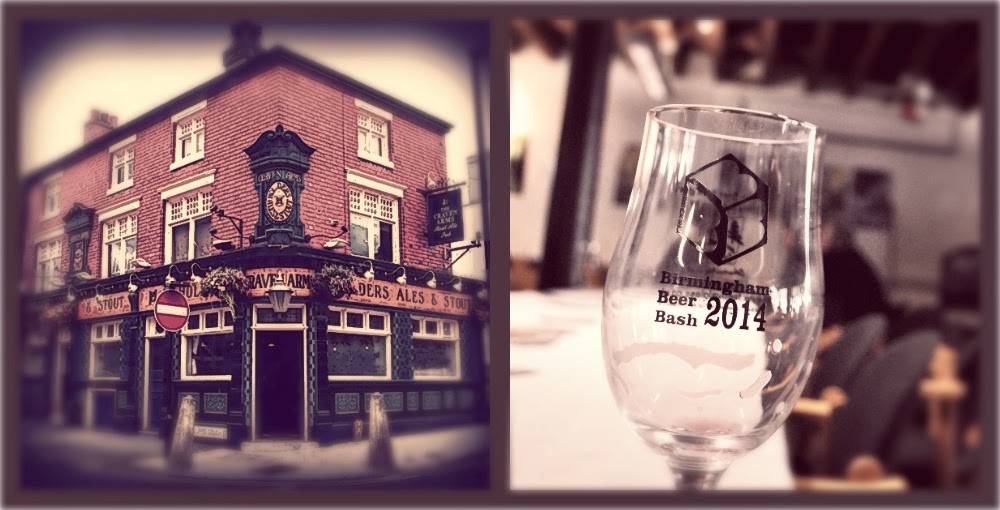 Pub/Bar of the Year
The Craven Arms

Birmingham has been slow on the uptake of good beer; very much resting on its laurels for certainly the majority of recent memory.  However things have changed over the last couple of years and leading the pack is this unassuming one room boozer which has a killer selection of beer from select breweries around the UK.

Best New Pub/Bar Opening 2014
So many great places have opened this year and I don’t think I’ve made it to any of them.  Still honourable mentions need to go to Northern Monk’s Refractory and Red Willow’s new venture in Macclesfield; both of which are now etched on my things to do list for 2015.

Best beer and food pairing
Karkli (@ChompKarkli) with everything; discovered on chance at Birmingham Beer Bash this year this is a addictively spicy crunchy snack that just works with everything.

Beer Festival of the Year
Birmingham Beer Bash… no beating about the bush this year (also I didn’t get to IndyMan this year for comparison).  This is hands down the most fun I had this year, I’ve loved being involved in the development of the festival and all the hard work feels worth it when people comment on a well delivered and conceived beer list.  The weather, the venue, the breweries, all of the Beer Bash team and the punters all combined make it a joy to be at.

Supermarket of the Year
Due to the distinct lack of Booths anywhere but the North West; Waitrose takes this as the most improved beer range available consistently on their shelves.  All this without wandering into the needless territory of playing the re-branding game (or latterly the ‘brewed for’ game).

Independent Retailer of the Year
Having two of the best independent retailers of beer in the UK located in Birmingham can sometimes feel like we’re spoiled.  Both are equally good at what they do and have well considered ranges so this one goes to both Stirchley Wines and Cotteridge Wines.

Best Beer Blog or Website
The Mad Fermentationist (http://www.themadfermentationist.com/) a blog upon which I can spend many an hour daily commuting whiling away the time.  With Port 66 (http://www.port66.co.uk/) running a very close second.

Best Beer App
Untappd even though I don’t use it with nearly the same fervour I used to. 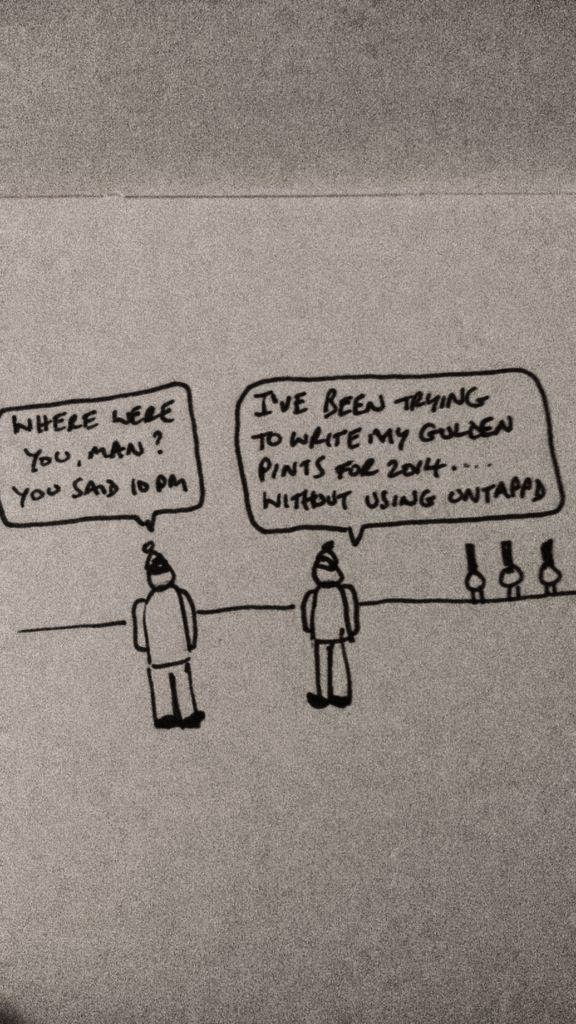 Punnery aside there is only one way to follow ‘Otter’s Tears’ and ‘Craft Rope’ and that quite simply put is #TwattyBeerDoodles so step forward @BroadfordBrewer.  Thought provoking, guffaw inducing simplicity in the same vein as walking into a packed bar to find Scoops himself with two computer monitors that he happened to come expressly to Birmingham to collect.

Best Brewery Website/Social media
Magic Rock, Wild Beer and Siren all get this as they are the most readily socially active breweries that I have interacted with this year.  They all have fantastically easy to navigate websites too, which is a bonus!  A special mention also to Buxton for providing longitude, latitude and altitude on their website.